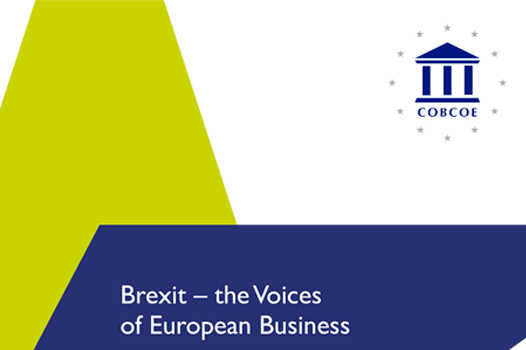 The Council of British Chambers of Commerce in Europe (COBCOE) has published research that gives new perspectives on Brexit from businesses operating in Continental Europe. The report, Brexit – the voices of European business, identifies key areas of common interest and also sets out priorities for a Brexit that secures prosperity for Europe.

A key message from the research is that business leaders across Europe feel that governments and Brexit negotiators are not listening to them and that they need clear signals from the EU and UK that will allow them to plan. Uncertainty about the process and outcome of Brexit negotiations, coupled with a potentially short timeframe for change, is already impacting investment and commercial decisions. Managing the risk that this uncertainty presents is also a drag on productivity, while wider policy progress, such as development of the digital economy, could be delayed by the focus on Brexit.

COBCOE is presenting the report to the UK Government Department for Exiting the European Union and European Commission Taskforce on Article 50 Negotiations with the United Kingdom at meetings scheduled during September 2017. The report will also be launched at an event in London on 25 September.

Three main areas of concern are highlighted in the report: 1. Barriers to trade – maintaining a frictionless European economy; 2. Uncertainty and disruption in the Brexit process; and 3. The UK’s role as Europe’s global springboard. It includes many real-life examples of how firms are being impacted.

The research uncovered fears about the UK being partitioned off – even among European companies not directly engaged in trade with the UK. Many European businesses value the UK for its financial markets, regulatory infrastructure and world-class research and development. The UK acts as a gateway for international investment and is considered to be a business-friendly force within the EU.

The research took place over a year, following the launch of COBCOE’s Brexit Ambition project in response to the UK EU Referendum in June 2016. It included 27 structured roundtable discussions in 18 countries; a survey which identified main concerns; and a poll amongst the participants. The Brexit Ambition project is supported by Hogan Lovells, the international law firm, among others.

David Thomas, Executive Chairman of COBCOE, said, “Businesses perceive a lack of engagement from governments and negotiators. Our research demonstrates that the prosperity of European nations depends on successful economic relationships between neighbouring businesses and consumers, and that disregarding these engines of commerce and wealth creation will make Brexit the cliff face on which such relationships will founder.”

Mr Thomas added “The negotiators’ apparent ‘zero sum’ approach, whereby a loss to one side means a gain for the other, does not reflect reality. The risks and uncertainties that firms across Europe now face undermine European productivity and competitiveness. Agreement on the future framework for economic relations between the EU and agreement on a plan for a transitional period must be made without delay.”

Charles Brasted, Partner at Hogan Lovells, said, “The voices in this report are a unique contribution to the discussion of what kind of post-Brexit Europe is needed and how we should get there. Businesses around Europe and across sectors are clear that Europe needs a strong and connected UK to continue to thrive, because it is central to access to capital, innovation and talent. However, the European business community feels that the importance of the economy is being overlooked by those leading the negotiations and they are concerned that the mandate afforded to the negotiators by the European Council, effectively prohibiting meaningful discussions about trade until ‘sufficient progress’ is made on other political priorities, has increased uncertainty.”

Mr Brasted added “European businesses recognise that they have to work with the process that Brexit has begun and that some change will be needed to give effect to it; but they need, as a matter of urgency, a predictable framework within which to continue to operate, plan, grow and compete during that period of change, and beyond. Agreement on a plan for the transitional period should not be delayed any longer, so that businesses have as much time and information as possible to plan and implement contingencies effectively and can avoid making costly adjustments that prove unnecessary in hindsight.” 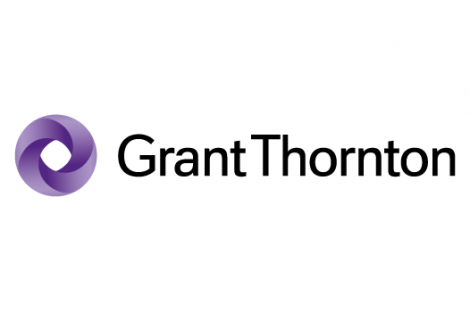