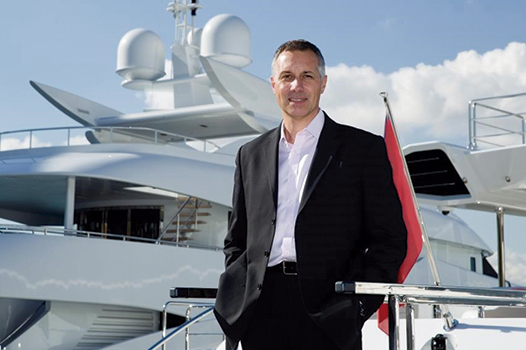 Salamanca Group, the London-based Merchant Banking business, acquired OneOcean Port Vell in 2010 as part of the Group’s ongoing investment focus to secure asset backed opportunities with strong value enhancement and growth potential. Over the next four years, the marina significantly transformed as the group invested €85 million in the upgrade of facilities and development of state-of-the-art infrastructure. Today, OneOcean Port Vell is one of the Mediterranean’s leading superyacht destinations.

In 2014, Salamanca Group further embedded itself in the luxury marine industry, with the launch of OneOcean Ventures, which provides superior services and facilities dedicated to superyacht owners and their crew. OneOcean Ventures has headquarters in Mayfair and a commercial agency in Monaco.
OneOcean Port Vell represents the fresh face of the Mediterranean and worldwide yachting with the urban vibrancy of Barcelona yet within a day’s sailing of Mediterranean hotspots. Following an 85 million-euro overhaul, the marina reopened in 2015 as a Superyacht haven accommodating yachts up to 190m long; the only Superyacht marina of its scale to be located so centrally within a city, in the nicest part of a city and in such a cosmopolitan city like Barcelona.

The private members OneOcean Club, is another award winning building with a 150-cover restaurant, offering year-round al fresco dining in the form of a summer sundeck and winter terrace as well as the newly opened OneOcean Tapas Bar.

What  is OneOcean Port Vell making for Barcelona and its nautical industry?
During the last couple of years the Spanish nautical industry has been recovering from the economic downturn and growing in local and national influence as well as its global importance. OneOcean Port Vell is working hard with other nautical companies to position Barcelona as a preferred destination in the Mediterranean for Superyachts and attract more business for the nautical sector. In it’s first full operating year OneOcean Port Vell received 2,368 yachts, an increase of 22.6% in comparison with the previous year. Of those yachts visiting Barcelona for the first time 83% returned within 12 months.  The new marina and the OneOcean Club contributed to positioning the Catalan capital as a key yachting destination in the Mediterranean, attracting many boats from around the world that see Barcelona positioned both as an emerging summer charter destination but also a winter homeport to carry out 'repair and refit' activities – all of which use local, national and global businesses to provide a wide variety of services. All these activities resulted in a positive economic impact for the city to the tune of some 750 million euros.

What are the synergies between Spain, Catalonia, Barcelona and UK in this sector?
As we know, Barcelona is one of the most visited cities in the world, and British tourism is one the most relevant markets for the city.  The UK is also a key driver in the global Superyacht industry with yacht builders, designers, installers, managers, brokers, suppliers, captains and crewmembers. So the upturn of both economies and the revival of the Superyacht industry is an important opportunity for both countries and Europe as a whole.

Could you tell us about the future of OneOcean Port Vell?
OneOcean Port Vell currently offers over 150 berths ranging from 5 to 190 metres, but the redevelopment of the original Moll Pescadores section will result in 8 additional berths from 30 to 80m. This quay is the final piece of the current marina refurbishment jigsaw and will be opened in August at a further investment of €5million in infrastructure, utilities, landscape, lighting and security.
Adjacent to the new berths stands the iconic Torre de Control building, a stunning glass tower set above the marina water with outstanding views of Barcelona. The Torre de Control building is available for business office leases, providing the superyacht industry with an exceptional combination of office and berth rental opportunities and access to all the facilities at the marina including the Gallery building and OneOcean Club.
For Salamanca Group and OneOcean Ventures, the focus is to build on the foundations established in Barcelona, and expand the OneOcean brand further into the yachting and luxury sector.

Did the economic crisis affect your business?
The economic crisis did initially affect our industry but the last couple of years have seen a steady and sustained recovery.  OneOcean Port Vell was fairly well protected from the downturn due to its positioning at the top end of the marina market coupled with a pro-active marketing campaign and a forward looking business strategy.  Luxury tourism has been increasing each year and the arrival and construction of new yachts shows there are some significant signs of recovery.  Globally there are some 750 new yachts over 25m being built.  70 of those are over 70m in length with 20 being longer than 100m! Superyachts are getting larger and larger and OneOcean Port Vell can accommodate the world’s largest yachts. The largest yacht, measured by volume, is the new MY Dilbar, at 157m long that recently visited Barcelona for maintenance work in MB’92 and a stay in OneOcean Port Vell.

'The cooperation and collaboration we received from the Chamber was key to our achievements', H Stephen Phillips 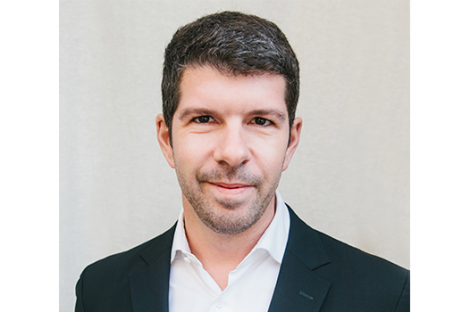