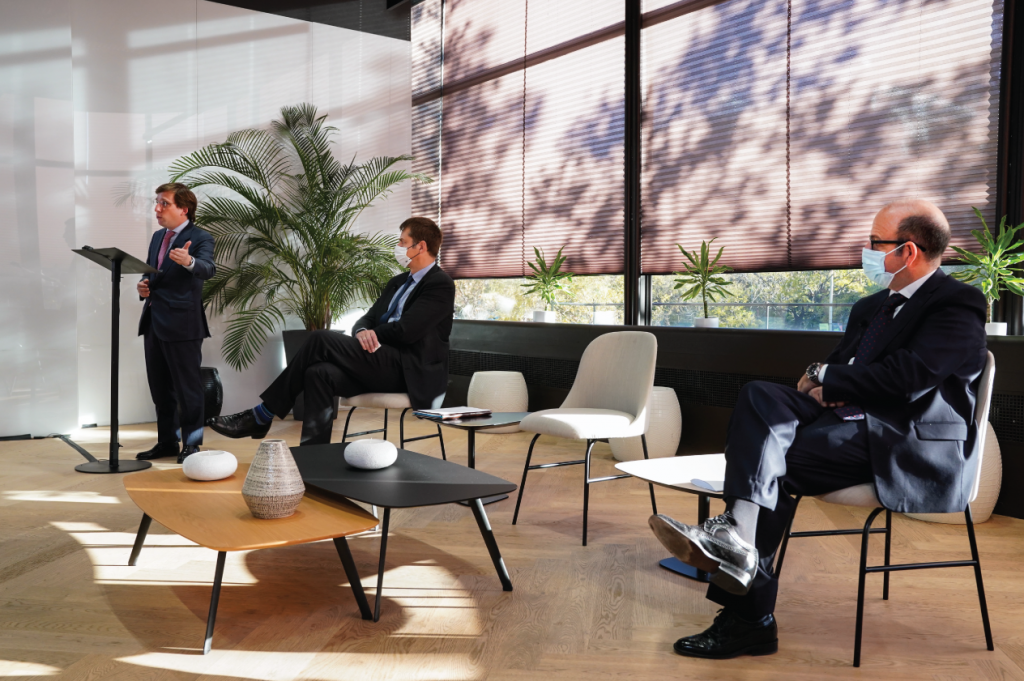 - Between January and June, British companies invested 1.004 billion euros in Spain, behind only Switzerland.

- Madrid (773 million), Catalunya (165.7 million), Andalusia (26.1 million): the areas which have benefited most from British investment so far this year.

- The total British investment in Spain in 2018, the most recent statistic from the stock series that we have, rose to 63.225 billion: 6.7% more than the previous year and an amount which is only topped by America.

- The perception of the business climate in Spain for British companies based in our country has considerably deteriorated in 2020: the percentage of those who considered it mediocre or bad passed from 19 to 73% in just one year.

The British Chamber of Commerce in Spain, more than 100 years old and the only independent British-Spanish business organisation in Spain, presented the results of its VI Barometer on Climate and Prospects for British Investment in Spain, carried out jointly with Analistas Financieros Internacionales (Afi).

In terms of Foreign Direct Investment (FDI) flows, and despite the strong structural fall in these all over the world due to the effects of the Covid-19 pandemic, between January and June, the UK maintained its position as the second biggest investor in Spain, with 1.004 billion euros, behind only Switzerland, whose position was driven by the acquisition of the Bolsas y Mercados Españoles (BME) by SIX Group.

Although this figure is lower than the 3.125 billion invested in the same period in 2019, it continues the record of positive British FDI in our country; we have only seen more disinvestments than investments in two of the last fifteen years which has allowed the UK to pass from being the sixth biggest investor in Spain in 2015 to being the second at the moment.

As well as this, in the 16 quarters which have passed since the Brexit referendum, the flows of British investment in Spain have increased to 14.665 billion euros, representing 13% of the total foreign investment in our country.

In the first half of 2020, the region which benefitted most from British FDI was Madrid, with 773.1 million euros of investment, which is almost five times higher than the next region, Catalunya, with 165.7 million, and thirty times higher than the third, Andalusia, with 26.1 million. If we look back to 2014 to calculate which regions have benefitted most from British investment in the period of the recovery, Madrid, with 10.671 billion, once again heads the rankings followed by Catalunya (2.1648 billion) and the Basque Country (1.8718 billion).

Speaking about these figures, and during the presentation of the British Chamber of Commerce in Spain´s Barometer, Hugh Elliott, the UK's Ambassador to Spain, said that “the barometer´s data is an excellent example of the strong trade relationship between my country and Spain. The UK is the biggest investor from the EU in Spain. This close economic relationship and friendship will continue after the Transition Period.

For his part, José Luis Martínez-Almeida, mayor of Madrid and also present at the presentation, highlighted “the stability of the relationship between Spain and the UK, and that 34% of foreign investment from the Community of Madrid goes to the UK”. Almeida also guaranteed that “the Community of Madrid and the local government would continue to follow the model of the recent decades, of openness, of low fiscal pressure and of a continuous effort to simplify regulatory areas in order to equip the region with a framework of conditions and a sufficient stability so that those who want to invest in Madrid can continue to do so”.

In 2018, the most recent year for which the stocks of FDI in Spain have been calculated, the UK was the second biggest investor for the fourth consecutive year, continuing the uninterrupted growth of its stock since 2013 and reaching the record level of 63.225 billion euros, which represents 14% of the total FDI in Spain – only beaten by the US (17%), and above France (12%), Germany (10%) and Italy (9%).

By sectors, this stock is concentrated above all in the sectors of energy, with 10.745 billion euros of investment, four times higher than in 2016, of telecommunications (8.917 billion), of tobacco (6.177 billion) and of manufacturing products made from iron, steel and ferro-alloys (4.982 billion).

For Luis Pardo, President of the British Chamber of Commerce in Spain, “as well as having a solid investment position in our country, this British stock is notably productive and maintains no less than 235,600 jobs in all of Spain, of which more than 60% are direct”. “This, and other data, proves the good health of the bilateral relationship between the two countries even in a context impacted by a global pandemic and the ever-approaching Brexit deadline” added Pardo.

The British Chamber of Commerce in Spain´s VI Barometer on Climate and Prospects for British Investment in Spain also incorporates a survey carried out between July and October this year to more than 1,550 companies who are active in our country and who have majority British capital.

In this survey, a notable deterioration in the perception of the business climate is clear, once again impacted by the collateral effects of Covid-19 on the economy. While a year ago only 19% of those surveyed considered the business climate in Spain as mediocre, and none considered it to be bad, today 73% of them chose these two options – a similar figure to the percentage of those surveyed in 2019 who considered it to be good or acceptable (81%).

The data about the climate is also obtained by averaging nine themes and all nine have seen their score worsen compared to last year, including those related to political risk, the labour market and our economy´s degree of digitalisation.

In terms of their perspectives on investment in Spain, 44% of the British companies plan to reduce investment levels compared to 2019. Looking forward to 2021, the option to maintain levels of investment dominated (45%), and, as much this year as next, their principal focus will be taking advantage of opportunities that have arisen from the pandemic.

Lastly, Brexit continues to have a small effect on British companies in Spain´s investment plans: only 20% attributed the lowering of their investments this year to Brexit – a decision which is above all impacted by a fear of the introduction of regulatory demands or barriers (62%), and of tariff costs (43%). 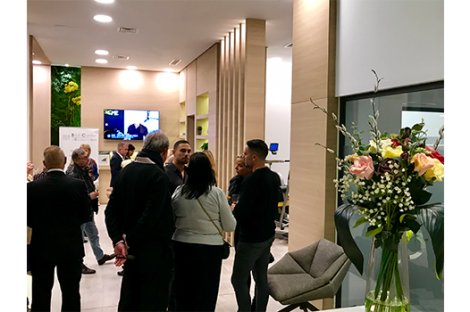 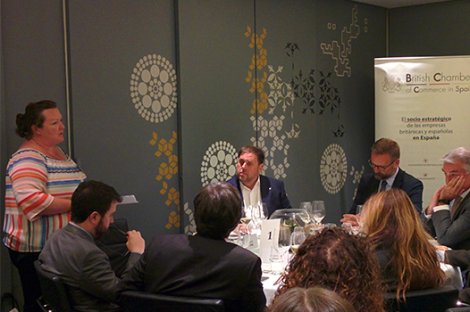 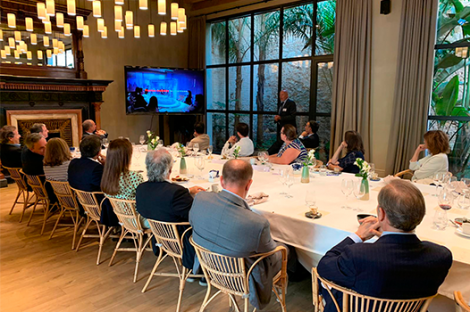