Home / Noticias de la Cámara / So why did the UK leave the EU? | Boost Academy

So why did the UK leave the EU? | Boost Academy

As a Teacher of English as a Foreign Language, I am often asked this question by my students, as many people from outside Britain have found it difficult to understand the reasons. As a ‘Remainer’ (someone who voted against Brexit) I have found it a difficult question to answer, because the decision to leave the EU was upsetting and confusing to me, especially because I was living in Spain at the time (back in 2016).

However, it is important to examine the facts. So today at Boost Academy we are talking about this very complicated subject, six years since that very controversial referendum…

Using ten years’ worth of data, a new study by Professor Paul Whiteley from the University of Essex has been examining the reasons why the decision to leave was taken. Data was collected from a variety of different surveys (examinations of opinions, behaviour, etc., made by asking people questions) of Britons who voted in the Brexit referendum, and looking at how British people’s opinions had changed over the years.

So why did the people of Britain vote in favour of Brexit?

Professor Whiteley says the decision was based on a number of different, yet related, things:

1. People felt that EU membership wasn’t delivering what it was supposed to deliver

The data from the surveys showed that people were happy to be in the EU if it stayed true to its promises (a healthier economy, protection against terrorism and crime, immigration control, good public sector services etc). Apparently, many people felt abandoned by societal and economic changes and blamed the EU (rightly or wrongly).

The UK’s inability to recover well from the worst global recession for over 70 years made many Britons feel unhappy and unrepresented in politics, erased by society.

3. Power disruptions in the Middle East

The civil wars, demonstrations and loss of political power in the Middle East led to big increases in immigration to Europe. Many people in the UK felt that British governments and the European Commission had not dealt with the situation well.

4. Austerity (the condition of living without unnecessary things and without comfort, with limited money or goods etc)

Professor Whiteley thinks that austerity policies (both in Britain and in the EU) were unsuccessful, and delayed economic growth and recovery in the EU and the UK. This led to a rise in the phenomenon known as ‘eurosceptiscm’ (ideas which dislike closer connections between Britain and the European Union).

The study found that the two political campaigns to leave the EU appealed to two types of voters. The official campaign (led by now Prime Minister Boris Johnson) was attractive to voters who saw themselves as ‘respectable and conservative’. In addition, there was the unofficial campaign which appealed to those people who felt excluded from the system (in line with the global trend for populism). This gave double strength to the Leave campaign’s message.

So what are the consequences of Brexit and how will things be for the future of Britain?

The study states that prior to the referendum, the Chancellor, George Osbourne gave a very worrying prediction for the effect of Brexit on the UK economy. However, many voters felt his fears were unjustified and designed to scare them into voting to remain. (Professor Whiteley also notes that Britain’s economy did not receive a boost when it joined the EU in 1973.)

This issue played a very big part in the referendum. The study noted how immigration in the UK increased significantly in recent years. But there was also an argument which said that controlling immigration would be more difficult for Britain after it had left the EU.

The dissolution of politics in Britain

The study also found that things have been changing a lot in British politics. Unlike in the past, people now don’t have strong loyalties to a particular political party. Voter behaviour is much harder to predict and so makes the process of governing more difficult, which is a problem and a challenge, a consequence of populism.

So as we can see, there are many things which led to Brexit (including a biased and pro-Brexit media, not discussed in this study). It is a complicated issue, for sure. On a personal level, I was very upset to see the end of Britain’s membership to the EU. Whilst I think of myself as British, I also think of myself as European. So I hope very much that in the future, maybe a few years from now, if it is at all possible, the UK will re-join the EU. That is my dream. Hopefully one day it will come true. 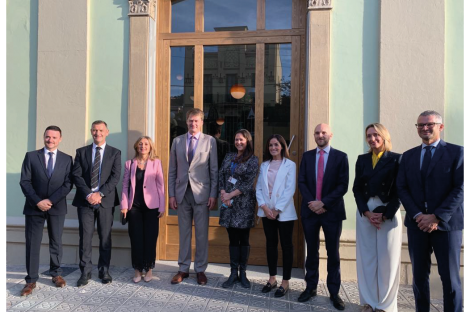