The recoverability of legal costs in Spain can appear unconventional compared to other countries, so this is a subject which should be understood before commencing litigation.

Under Spanish law, there is no obligation for the losing party to pay the legal costs and expenses incurred by the winning party in an out-of-court claim or settlement.

There may be the possibility that the parties reach an agreement during negotiations, which may or may not include the payment of legal fees. However, paying the legal costs would be most unusual if proceedings have not been issued.

If proceedings have been issued in Spain and there is a judgment, article 394 of the Spanish Civil Procedure Rules indicates that:

“In declarative proceedings, legal costs in first instance will be borne by the party whose claim has been dismissed in full, unless the court considers, with reasoning, that the case raised serious doubts of fact or law”.

For the purposes of a court order on costs, the court will consider similar case law to provide their reasoning.”

Accordingly, under Spanish law, it transpires that only the party who has been successful in full, would be entitled to recover their legal costs. It is important to stress that, it is only if the claim is successful in full (so 100% of what it was claimed), and not partially. There is an exception when the difference is so small, that the court may still award cost (i.e., the judgment awards the Claimant EUR6,995 in the case but the demand was for EUR7,000).

The above article also provides some discretion to the court to change the general rule. The court can therefore divert from the general rule when the case raised serious issues of fact or law.

What does this mean? When does a case raises serious doubts/issues of fact or law? This would refer to complex cases which would generally be very difficult to resolve unless the court is involved, i.e. contradictory case law in similar cases which obliges the parties to litigate to ascertain the position.

The issues must be considered serious for the court to apply its discretion, so they have to be very important and relevant.

When the claim is only partly successful, the general rule is that each party bears their own costs. Article 394.2 of the Spanish Civil Procedural Rules refers to this point when it says: “… each party will bear their own costs and half of the common ones, unless they are grounds to believe one of the parties have acted recklessly”.

Therefore, the only exception to the general rule in partly successful cases, would be when one party litigate recklessly and with bad faith. If that occurs, the court therefore may decide that the party would bear the whole costs of the proceedings.  Whether a party has acted that way will need to be considered on a case-by-case basis. It is a complex issue to prove, and the courts would generally only consider that it has been proven when the acts are obvious.

It is therefore important to understand that there is no guarantee that, in a successful case before a Spanish court, costs will be always awarded to the winning party. This will need to be taken into consideration when providing legal advice, as there is always a litigation risk in some cases.

Article 395 of the Civil Procedure Rules refers to cases in which the Defendant admits the claim in full prior to filing their defence. If this is the case, there should not be an order on cost and each party should bear their own costs. This is without prejudice of the Defendants having acted with bad faith. It is considered the Defendant acted with bad faith in cases when they were fully aware of the claim but decided to ignore it, or there a mediation stage or a formal requirement, in which they failed to settle.

If the Defendant admits the claim in full following filing the Defence, art 394.1 would apply and therefore the Defendant would be asked to pay for the Claimant’s costs.

If there is no admission by the Defendant but the case is eventually settled in negotiations before a judgment, the parties are free to negotiate settlement in the best possible way. They can also discuss as to whether they consider appropriate or not payment of costs within the settlement negotiations. A settlement document, similar to a consent order, can then be filed at court in this respect in which they will include as to whether payments of costs are included in the agreement.

Court order and assessment of costs by the court

In light of the above, it is important to bear in mind is that we cannot imply that costs will always be recovered in a successful case under Spanish law.

What it is clear is that the judgment must include an order as to costs for those costs to be recovered. If there is nothing in the judgment which refers to the recoverability of costs by one of the parties, it is then implied that each party would bear their own costs. Nonetheless, It will be necessary to apply to the court to include the reference as to costs in the judgment.

Once the judgment is issued including an order as to costs, the successful party is still required to undertake further action to be able to recover the costs. The judgment is unlikely to indicate the amount of costs to pay. The interested party will therefore need to make an application to the court. This application would provide the court with full details and evidence of the costs and expenses which they would like the opponent to pay. This application must be made within 5 years from the date of the judgment, or it will be statutory barred without having the possibility of recover those costs.

The court will generally consider this application on paper and will assess and calculate the costs to be awarded. A court assessment will be sent to the parties for consideration. If within 10 days, there are no objections, there will be a court order approving the amount of costs. This order is enforceable for a period of 5 years from the date of the order.

Objections to the court assessment

As mentioned before, within 10 days the parties may be able to file objections to the assessment.

The losing party may be able to object to the court assessment on certain grounds, for example that they consider the costs excessive or above the guidelines set up by the relevant ‘Colegio de Abogado. Other ground of objection may be that the costs do not correlate with the actual work undertaken, or there have been expenses which are not considered court expenses for the purpose.

The winning party may also be able to object to the assessment on the grounds that the court may have not included amounts which they believe were properly claimed and justified, or that there was an error in the bills submitted, for example. 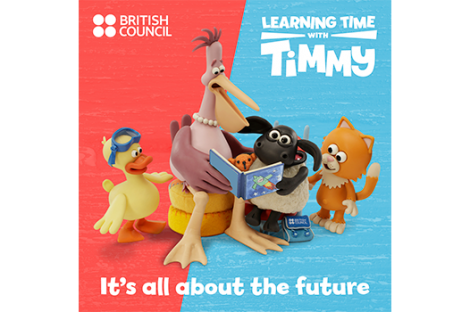